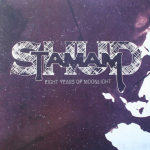 Tamam Shud Celebrates 45 Years of Surf Sound with New album release! The band, Tamam Shud is synonymous with world surf film and music history. From their first surf film soundtrack in 1967, A Life In The Sun, they went on to write and perform the music to surf films, ‘The Hot Generation’, ‘Evolution’, ‘The … Continued